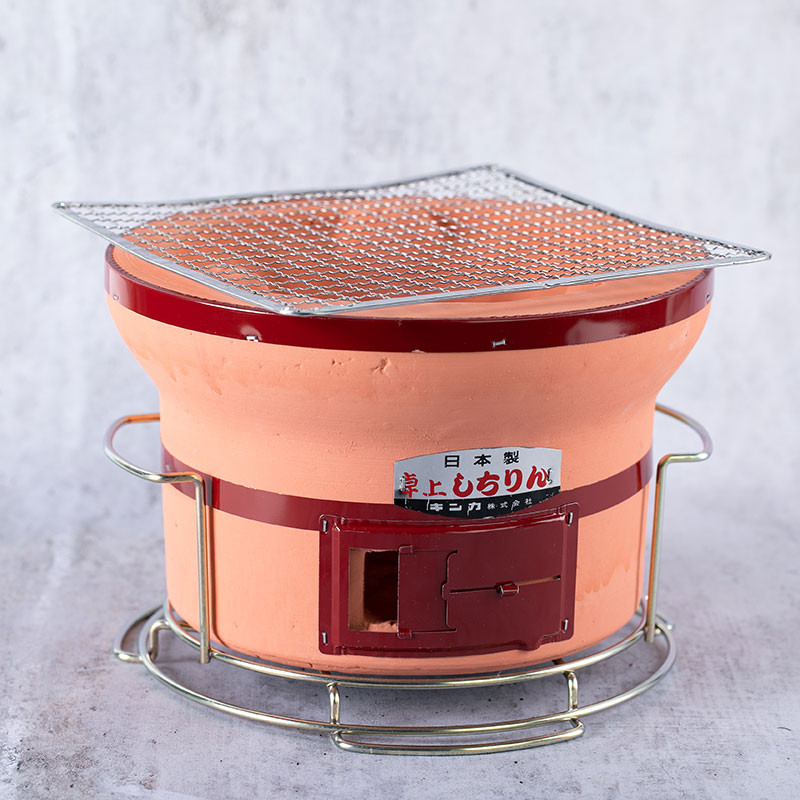 It has good heat accumulation and storage capacity.
Its charcoal consumption is therefore less important than for a traditional barbecue.
Diatomaceous earth emits infrared rays promoting immediate cooking of food without altering umami flavors it contains.
Barbecue is placed directly on the table, within easy reach of the guests who can then grill fresh or marinated meats, fish or vegetables as they wish.
A barbecue for the garden, the campsite or even a kitchen or a living room as long as you maintain room good ventilation and protect the table with a heat-resistant support.
To avoid smoke, use Binchotan charcoal.