Founded in 1772, Kokonoe Mirin has a history of almost 250 years as a mirin manufacturer. Since the Edo period in Japan, they meticulously and conscientiously craft their mirin by hand, passing the traditional process down to their generations of artisans for a lasting flavor of yesteryear. 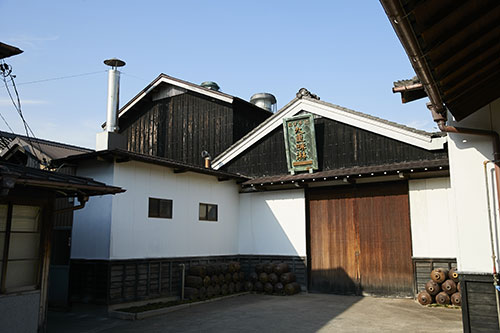 Their cellar is the oldest mirin cellar in Japan. They refine the mirin collected there by pressing the fermented must. Originally built in 1706, their workshop was moved to its present location in Hekinan City, Aichi Prefecture in 1787, and has a long history of 300 years. There are secrets to how Kokonoe Mirin has enjoyed its reputation as a delicious mirin for almost 250 years and decades of continued patronage from so many chefs. The majority of their ingredients are 100% produced in Japan (some references excluded). The delicious mirin comes from quality ingredients. The must from which mirin is made is made from quality sticky rice grown in the country, malted rice specially adapted for brewing mirin and shochu (distilled rice alcohol) specially selected for its rich aroma. The ingredients are so healthy that even the wonderfully colored and aromatic mirin lees can be used as a premium seasoning for pickles and other foods. It takes about 1 year to make mirin, generally. The delicious mirin is the product of careful craftsmanship, and this is how Kokonoe Mirin makes its products. They use the traditional process of taking two days to squeeze mash that has fermented for two months.
The resulting hon mirin (authentic mirin from Japan) is then left to age quietly for a period of six months to a full year in the main warehouse.
The well-pressed mirin is carefully aged, resulting in a crisp, precise flavor with deep sweetness. “Hon mirin”, or “real mirin”, is a particularly essential condiment in teriyaki sauce as well as in casseroles and other dishes of Japanese cuisine. As a fermented product like soy sauce and vinegar, it complements soy sauce and other fermented condiments well and synergistically brings out the true flavor of the ingredients. It can be used as a secret ingredient in Chinese or Western cuisine as well as Japanese cuisine.
Mirin is different from sugar: While sugar is made from cane and sugar beets, hon mirin is created by pressing a fermented mash made from sticky rice, koji rice, and shochu liquor.
While the sweetness is comparable, mirin is a healthier ingredient with its variety of rich nutrients. 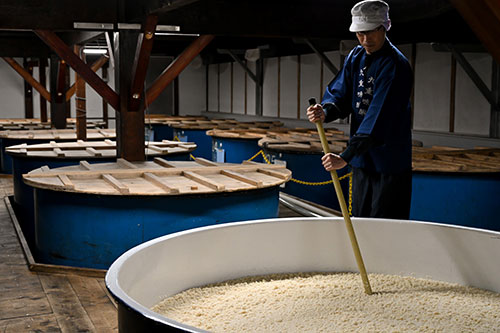