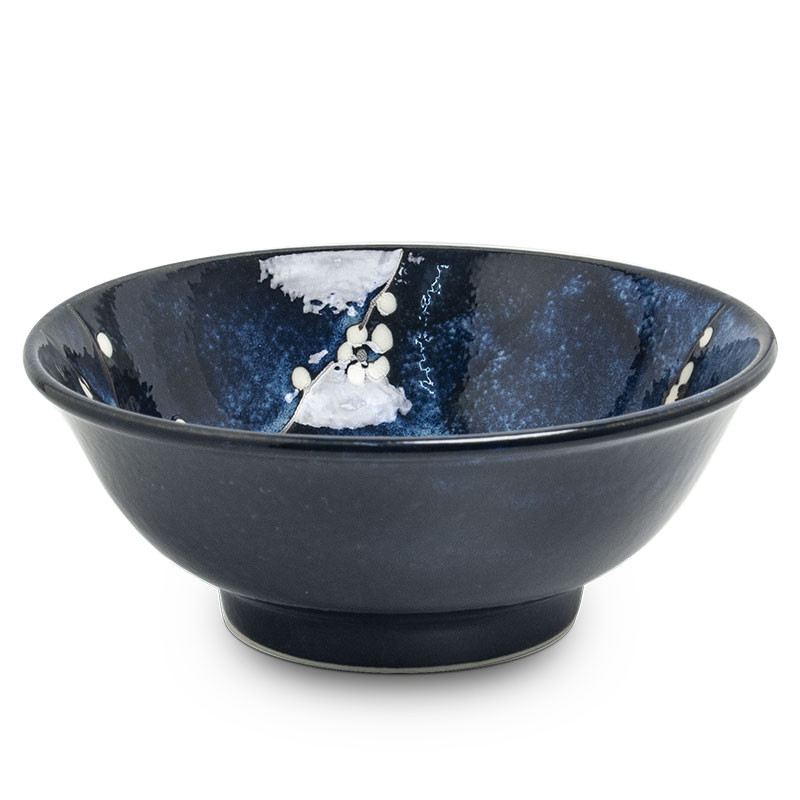 It is a noodle dish served in a broth made from meats and bones (pork, chicken, beef ...) or fish, or seafood, or vegetables then deliciously seasoned with miso or soy sauce, or soy wort, or even kasu sake (sake lees).
The ingredients of any good râmen are the soup, the noodles, the tare (concentrated mixture that gives its character, its major taste to the bowl of râmen; the most common flavors are soy shoyu sauce, miso, the powerful tonkostu from '' concentrated pork bone broth, shio made from dried seafood = fish, crustaceans, seaweed ...) and the garnish (the most common are eggs, chashu or marinated and roasted pork, menma or marinated bamboo shoots, nori, naruto = kind of firm surimi).
Râmen, although of Chinese origin, appeared in Japan as early as the 17th century.
Today, they are very popular and the archipelago has more than 35,000 specialty restaurants.
There is even a râmen museum near Shin-Yokohama station. Râmen are in fact "fine Chinese noodles, the texture and presentation of which may differ from one region to another.
Each Prefecture prides itself on having its special recipe. Kumamoto is famous for its râmen made from broth and pork, Kagoshima for its râmen made with kurobuta (local black pork) and chicken, Tokyo for its shoyu râmen made from pork and chicken and vegetables and dried bonito flakes katsuobushi.
Râmen are served in a large bowl.
We have selected for you a range of 6 different bowls.
These bowls, made in Japan, are made of porcelain, with a capacity of 1300 ml, a diameter of 22 cm and a depth of 9 cm.