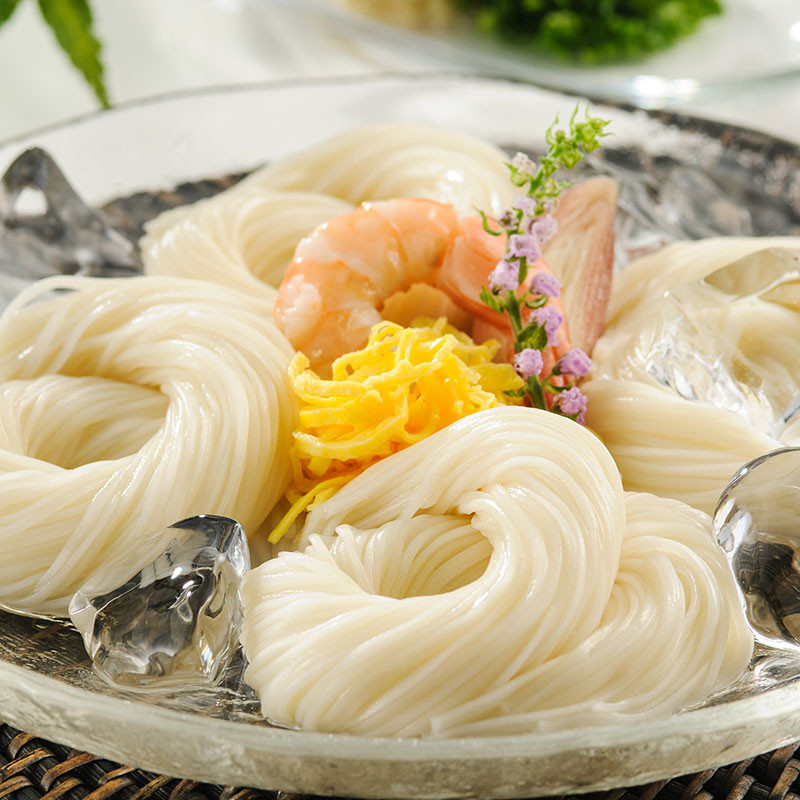 With nearly 400 years of history, the Inaniwa sômen are believed to have been created by Ichibei Sato, who lived in the Inaniwa district of Akita and made dried udon and sômen from locally grown wheat flour.

Inaniwa Sômen have been acclaimed for hundreds of years by Japanese gourmets for their smooth and silky texture.

They were so popular that they were regularly given as gifts to the "Daimyo", the Japanese lords.
Passed down from generation to generation, the making of Inaniwa Udon and Sômen is considered one of the “three great recipes”, often referred to as a culinary masterpiece of Japan.

1. Boil some water (2 liters of water for 200g) then gently place the noodles in the boiling water.

2. Stir the noodles. Use chopsticks or tongs to gently stir the figure-eight noodles to prevent them from sticking while cooking. Boil 1 minute 30 until the noodles turn milky white.
* Adjust the cooking time according to your texture preference.
Cook longer for softer noodles or reduce the time for harder noodles.

3. As soon as the cooking is finished, drain immediately in a colander and rinse thoroughly with cold water to avoid overcooking.
- For hot noodles, rinse once with boiling water before adding them to the broth.
- For cold noodles, place the noodles in a bowl of ice water after rinsing. This will bring out even more flavor.

When making cold noodles, we recommend that you place several small portions on a large plate.