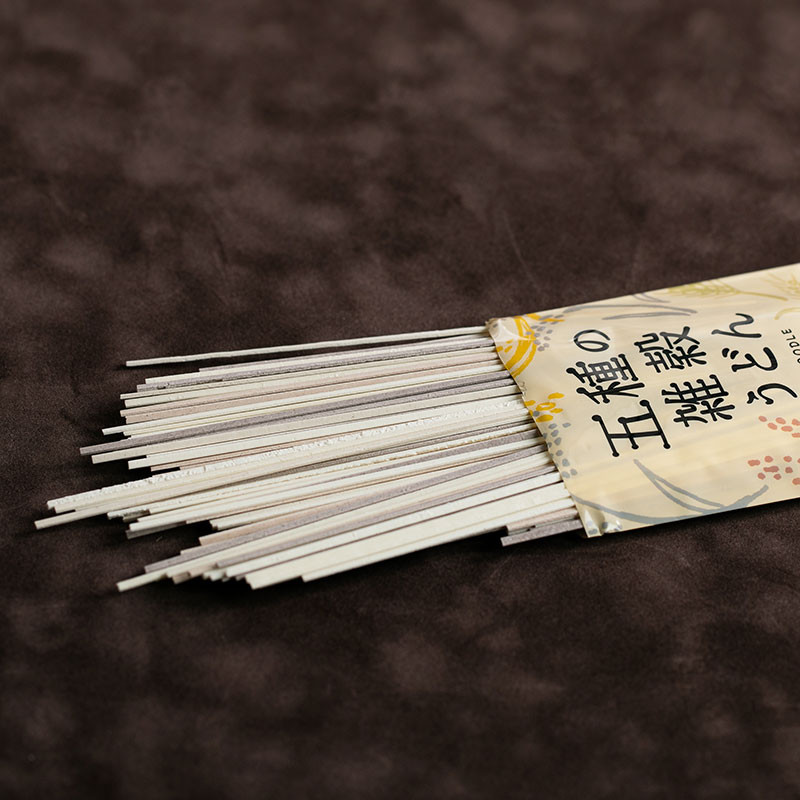 These slowly dried udon have a fine surface, a smooth texture and a powerful mellowness.

Since cereals have their own characteristics, these udon are prepared in such a way that you can enjoy the different textures, flavors, aromas and colors of each.
These udon are made from the following 5 healthy grains:
• Red rice, ancient rice (historically indigenous rice of Japan) characterized by its red color caused by polyphenols called tannins, known in wine.
• Brown rice or genmai whose outer skin is known for its high nutritional value.
• Millet, a yellow sticky grain introduced during the Yayoi period said to have the lowest calorie count of any grain.
• Black rice, ancient rice characterized by its black color caused by polyphenols called anthocyanins.
• Sticky barley also called purple barley because of its purple spikes.

Our recommendation : prepare a large saucepan with plenty of hot water (1 liter for 100 grams of udon). When the water comes to a boil, add the noodles.
Boil the udon, keeping it floating in the pot and stirring occasionally with chopsticks.
If the pot is about to overflow, add water once or twice during the boiling process.
After boiling 7-8 minutes, turn off the heat, then let stand for about 5-8 minutes, covering the pot.
The noodles will be soft and delicious.
If you boil the noodles a little harder, the noodles will steam well and be delicious.
Transfer the udon to a colander and pour in plenty of cold water to remove any moisture.
This will make the noodles soft and shiny.
For hot noodles, pass them again in boiling water to bring them back to temperature then put them in a bowl or a deep plate then pour over a tsuyu or a dashi broth with dried bonito.
For cold noodles, soak in ice water for 30 seconds to firm the noodles.
For garnishes, you can use green onion, chives, ginger, seaweed... as you wish. 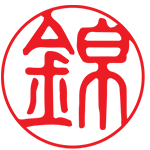 Since its creation in 1945, our craftsman, Koyama Seimen, chooses his raw materials with care and makes his noodles taking advantage of the original characteristics of the ingredients.