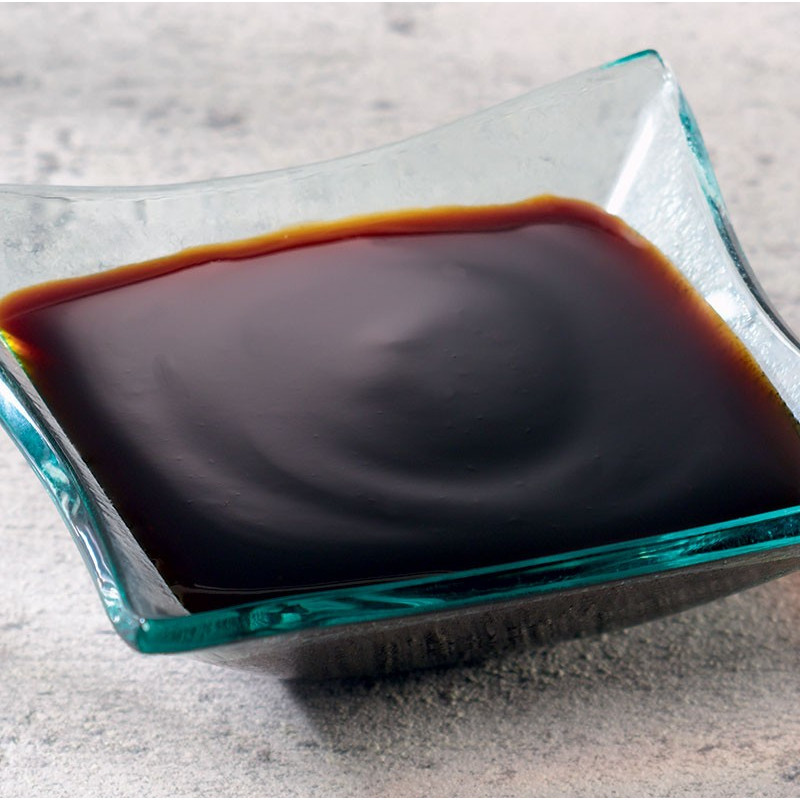 The essential sauce to glaze and coat all your grilled fish and meats.

This sauce, intended to glaze fish and meats, is omnipresent in Japanese cuisine.
The word teriyaki derives from the name "teri" which refers to a shine or luster given by the sugar content of the sauce "tare", and yaki which refers to the method of cooking consisting of grilling.
Traditionally, meat is soaked or brushed with sauce several times during cooking.
This popular dish was originally created by Japanese cooks of the seventeenth century.

Our perfect combination : deliciously sweet, based on tamari sauce and miso, it will also make an excellent marinade for your skewers (at a proportion of 20 to 30% of the quantity of meat or fish used).
Exquisite with salmon, duck breast, chicken legs …