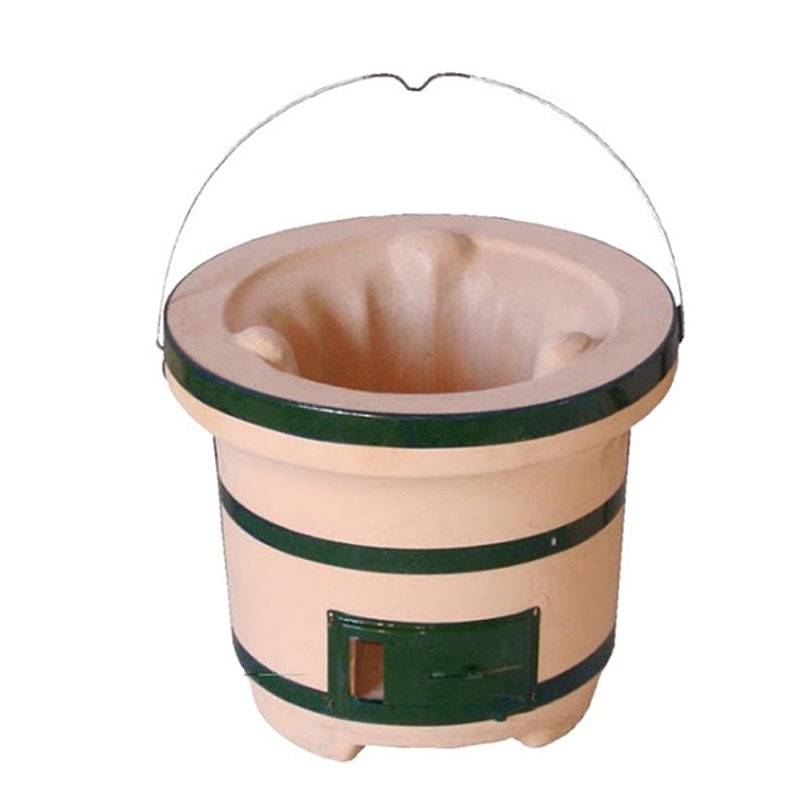 Shichirin barbecue for table : This barbecue is made of diatomaceous earth from Suzu city, Ishikawa Prefecture.
It has a good capacity for heat accumulation and storage. Its charcoal consumption is therefore less important than for a conventional barbecue.
Diatomaceous earth emits infrared rays that promote immediate cooking without altering the umami flavours they contain.
The barbecue is light and is placed directly on the table, within reach of the guests who can then grill as they please fresh meat or marinated, fish, or vegetables. After several uses, it shows cracks due to fire charcoal. This is normal. There is no problem as the heat remains concentrated inside the barbecue hearth.

Origin
Ishikawa, Japan
Weight
3.6 kg
Dimensions
Ø : 260 mm - H : 215 mm
Packaging
1 barbecue + 1 netting
Precaution
We recommend to use a small brush to clean the barbecue and remove the dust. Liquid products could damage the diatomaceous earth and must be avoided.
Materials
diatomaceus earth
Recommandation
BARBECUES CAN BE PARTICULARY DANGEROUS AND MUST BE USED WITH CAUTION. THEY SHOULD BE LEFT WITHIN THE REACH OF CHILDREN OR PEOPLE WHO ARE NOT ABLE TO USE THEM OR APPRECIATE THEIR DANGER.