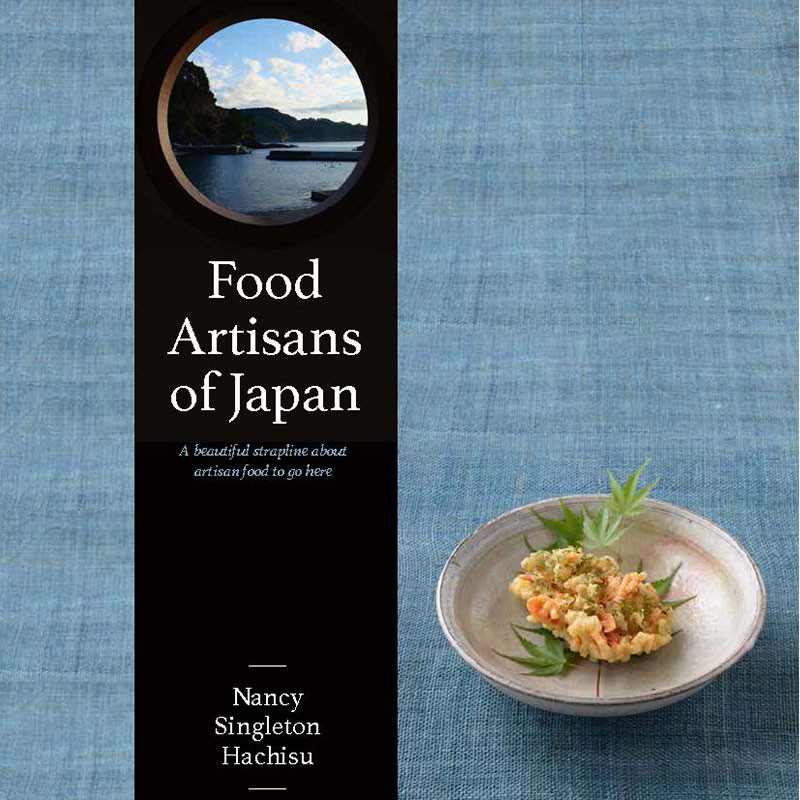 Food Artisans of Japan Who they are, why they inspire, and what they create A true masterclass in Japanese regional cuisine from an award-winning writer and globally recognised expert : Nancy Singleton Hachisu

Food Artisans of Japan: Who They Are, Why They Inspire, and What They Create is a book of recipes and stories from eight compelling areas around Japan that have reached into American expat author Nancy Singleton Hachisu's soul.
In the book she shares an in-depth knowledge and understanding of the locales, the foods and the artisans who work there.
In each area she focuses on one main chef whose food is compellingly delicious and whose philosophy has a unique voice.
Having spent extensive time speaking with all of the chefs and artisans, she reveals both their thoughts and what motivates them to create their food and products.
As well, the book includes anywhere from 8 to 40 recipes from each chef, ranging from traditional Japanese to French or Italian-influenced Japanese dishes created from local ingredients.
Each recipe is a collaboration between the chef and Hachisu, and therefore adjusted to be cooked successfully in either a home kitchen or restaurant.
120 recipes from local chefs in 8 regions of Japan accompanied by beautiful location and food photography.

Author and food journalist Nancy Singleton Hachisu left California for Japan in 1988 and never returned home. Married to a Japanese organic farmer and living in a small village in rural Japan, Hachisu is a worldwide champion of artisanal Japanese ingredients. She has been described by Alice Waters as "a vital bridge between farmers in the United States and farmers in Japan"). She has written three books, most recently Japan: The Cookbook (Phaidon, 2018), and is widely regarded as a preeminent expert on Japanese food and culture.
The author is a recipient of a James Beard award and a preeminent expert in Japanese cuisine